I released my most popular mobile app, Hours Worked Time Tracker, over five years ago. Over those five years I have received a lot of feature requests. By far the most requested feature is the ability to backup and sync data. The app has always saved data on each device using a local database. Earlier this week I released version 3.4 which includes the ability to sync data using an account for Hours Worked Pro subscribers. I relied on Firebase to add this feature. This guide will cover the steps necessary to add a similar feature to your Ionic mobile application.

Before we dive in, here is a quick demo of the feature in Hours Worked. In this demo I am logged into the same Hours Worked account on two separate devices. Observe how quickly data syncs between the two devices. I was really excited to get this feature working!

Get everything set up on Firebase 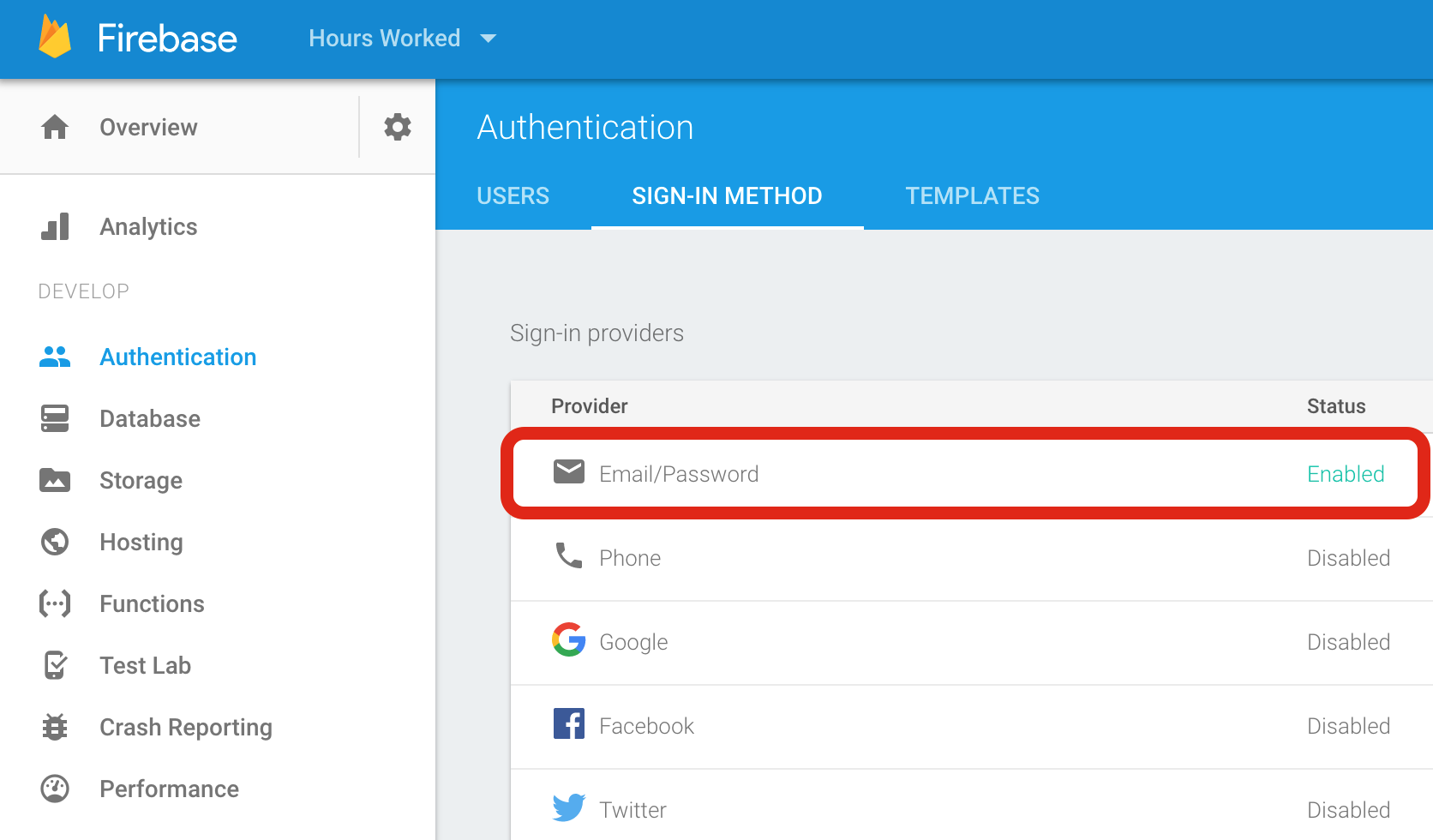 Get everything set up in Ionic

Inside of our Ionic project we need to download the AngularFire library. As shown in the AngularFire Documentation there are two different ways to download the library: manually or via Bower. Then we need to initialize the Firebase SDK as seen in the docs. Below is a snapshot of what we have added to our index.html file so far. The specific keys shown in your Firebase project settings should be used here. 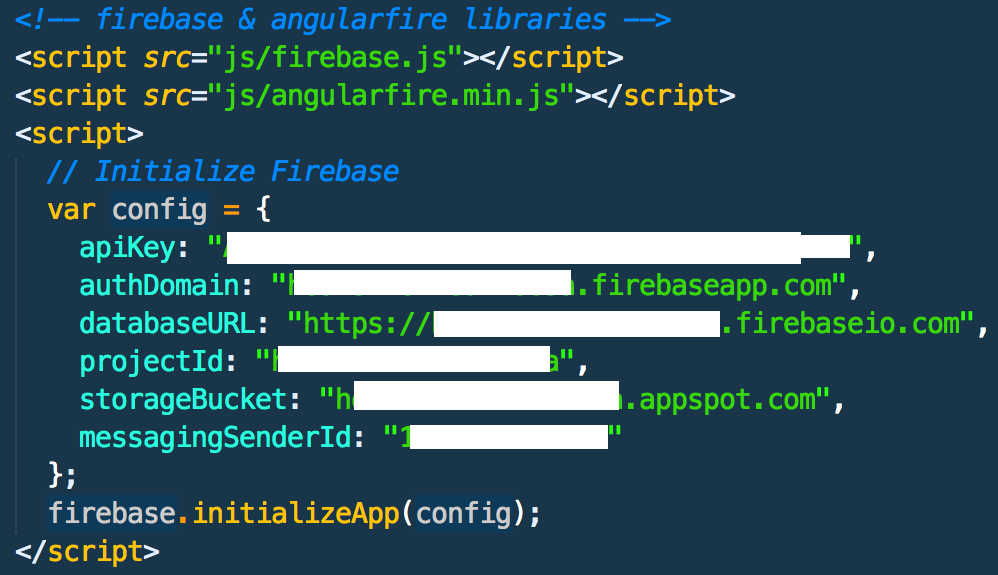 To simplify authentication methods in our code we can first create a factory to generate the $firebaseAuth instance. I added the following factory to my apps.js file.

Next we need to create a view that allows users to create an account. I opted to use a simple modal view. Here is the template file for this modal.

As shown, Firebase returns a promise from $createUserWithEmailAndPassword that is either resolved or rejected. Reference their documentation for more information.

Create methods to save data

So now that users are able to create an account we need to provide a way to save the data to their account. The following example, as well as the rest of the tutorial, will reference the $firebaseObject service. Both the Auth factory and $firebaseObject will need injected as a dependency to your controller. The following snippet performs these tasks:

Now you should be able to see your data inside of Firebase for the first time as shown in this screenshot.

Manually saving your data to Firebase by overriding the existing object is a good way to backup data but not ideal for keeping data in sync. Thankfully Firebase offers a handy method called $bindTo to sync data between the realtime database and the Ionic app using three way data binding. The sample method shown below syncs the same objUserHours object with $rootScope.hours. It also registers an event listener to catch any changes to the data.

After binding the Firebase object to your application scope, every change made locally will instantly sync to Firebase. Very handy!

This introduction should get you well on your way to syncing data from an Ionic app to Firebase. When developing the feature for Hours Worked I also had to consider other factors: